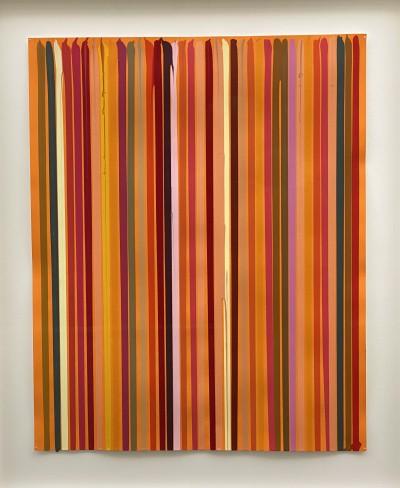 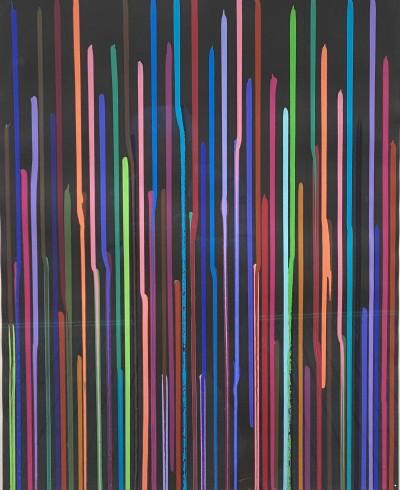 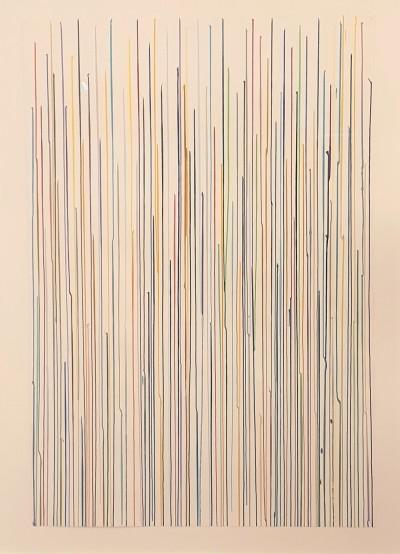 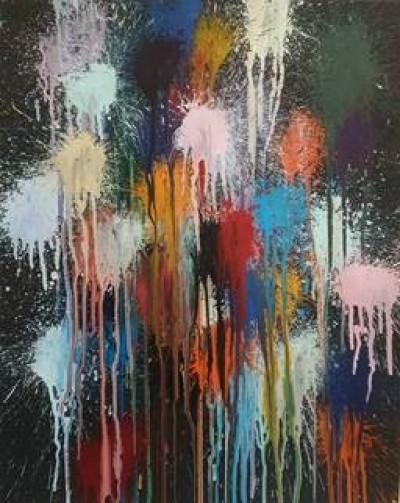 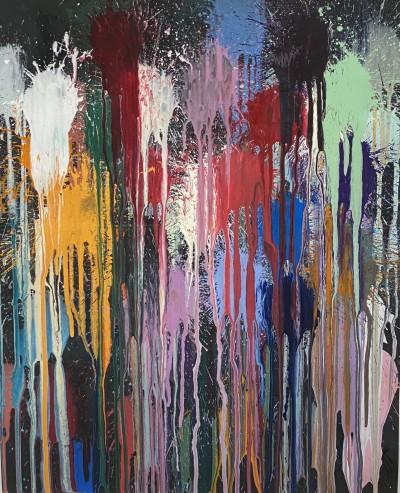 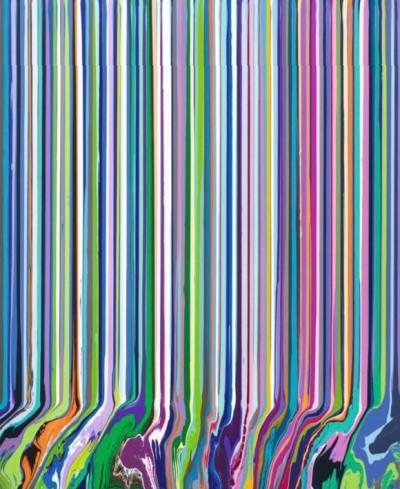 Born in Kent, Ian Davenport studied art at the Northwich College of Art and Design in Cheshire before attending Goldsmiths College, London from which he graduated in 1988. In the same year, he exhibited in the seminal Freeze exhibition curated by Damien Hirst which brought together many of the so-called Young British Artists.

Davenport's first solo show was held in 1990 at Waddington Galleries, London and in the same year, he was included in the British Art Show touring to Leeds City Art Gallery and Hayward Gallery, London.

In 1991 he was nominated for the Turner Prize.
Since then has exhibited extensively across the world, and undertaken several large scale site-specific murals. His largest public commission to date, the 50m long mural, entitled Poured Lines: Southwark is on display under the bridge on Southwark Street, London. In1999 he was a prize winner in the John Moores Exhibition.

Davenport's paintings are made by pouring and dripping household paint on to prepared canvases, boards and aluminium panels, tilted so that gravity and the consistency of the paint determine the final composition. He usually works on medium density fibreboard rather than canvas, and most often employs household gloss paint, meaning the viewer can see their own reflection in the work.

He also has turned his attention to silkscreen printing and etching and has already built up an impressive body of graphic work.
For the Days Like This exhibition at Tate, London in 2003, Davenport made a thirteen-metre high mural by dripping lines of differently coloured paint down the wall from a syringe.