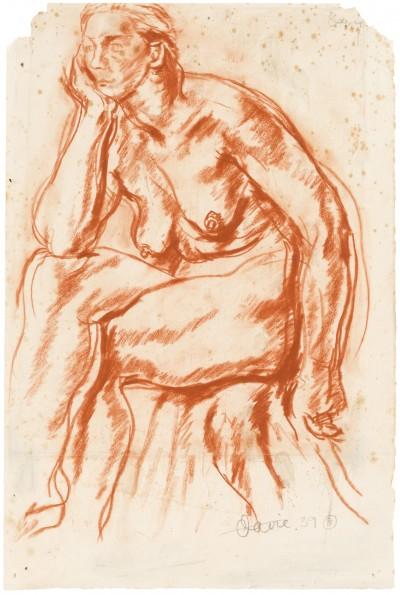 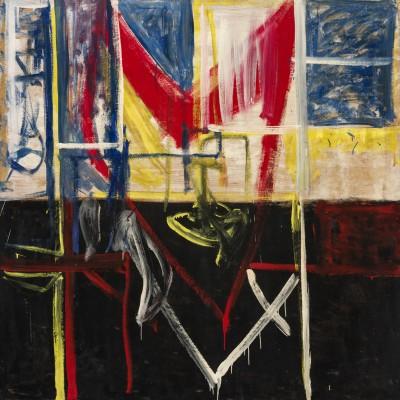 Oil on masonite
60 x 70.5 cm
Signed, dated and inscribed with the title verso 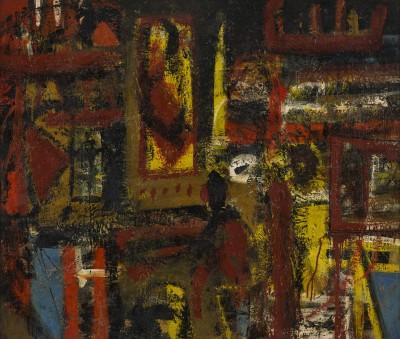 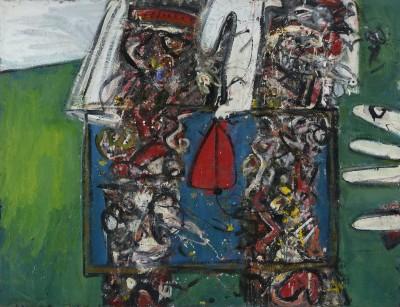 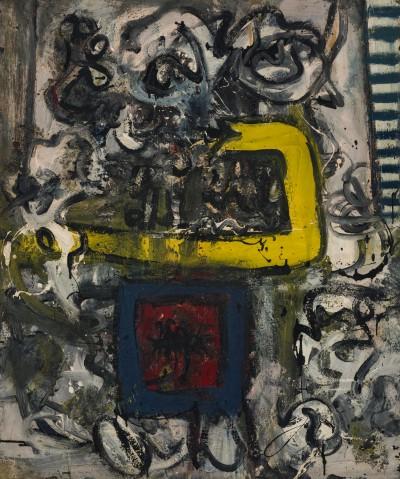 Ascent of the Black Mountain, 1958 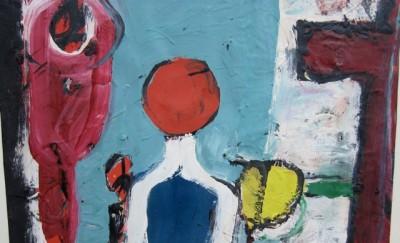 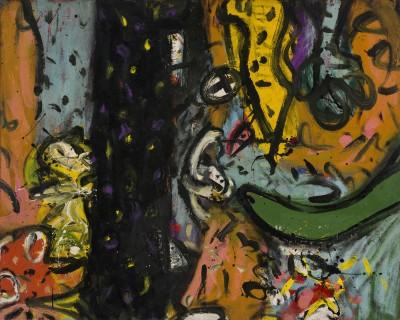 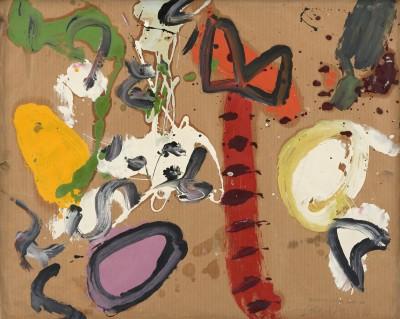 Oil on paper on board
46 x 57 cm
Signed and dated and inscribed with the title and opus number lower right
Opus OG.61-68 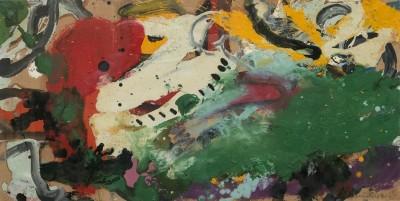 Alan Davie is one of Britain's most internationally acclaimed artists and is Scotland's most important artist of the twentieth century. He was the first British painter - and perhaps the first of all European artists - to realise the vitality and significance of American Abstract Expressionism.

Throughout his life Alan Davie obsessively drew and painted, producing paintings of startling originality, vitality and daring. Combining imagery derived from different world cultures with a love of music and language, Alan Davie's paintings are a complex yet joyous celebration of creativity that combines the expressive freedom of abstraction with a wealth of signs, symbols and words.

Having seen the Jackson Pollock paintings from Peggy Guggenheim’s collection in Venice in 1948, Alan Davie was inspired to begin painting on a much larger scale, in an improvisatory way, with vigorous, aggressive handling of paint. Alan Davie added to a concentration of colour - already a remarkable feature in Jackson Pollock’s work before 1945 - the possibility of recognizing shapes, suggestions of movement and primitive, magical rituals.
Alan Davie explored a diverse range of activities: from 1949 to 1953 he earned his living by making jewellery and in 1947 he worked as a jazz musician, an activity he had continued in later life. Alan Davie also wrote poetry during the early 1940s.

As early as 1958 Alan Davie emphasised the importance in his work of intuition as expressed in the form of enigmatic signs. During the 1960s, both in paintings and in coloured lithographs, he represented such images with increasing clarity at the expense of gestural handling. Taking on the role of a disinherited shaman, Alan Davie created a synthesis of mythologies from a variety of cultures for a modern civilisation devoid of its own village myths.

Alan Davie was elected a Senior Royal Academician in 2012.